The Internet is not built for gamers. Internet service providers and massive corporations are constantly competing to get their information across faster than the rest. This means that connection issues that you may experience when gaming online are entirely out of your control. Our goal is to find a way to remedy this problem and create a better online experience. 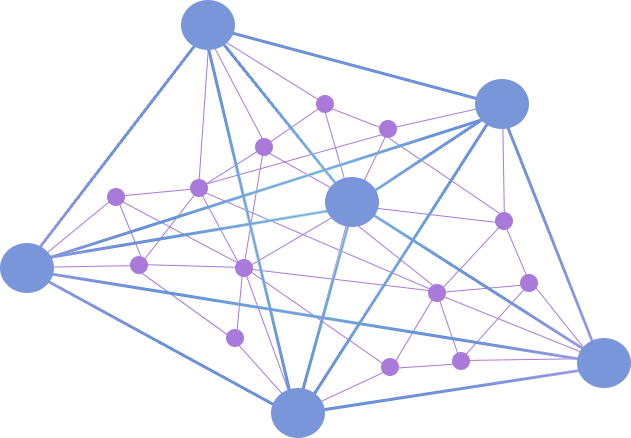 Here are some of the metrics we use to measure internet connection performance:

Latency is the time that it takes for a packet, a chunk of data, to go from its source to its destination.

Jitter is a measurement of the change in latency over time.

Packet loss is a count of how many packets fail to reach their destination.

Our new Overlay network consists of four modules: Client, Server, Mesh and Controller. The Client and Server modules are applications which reside on the client and server machines, respectively. They watch for packets coming from a game or application. Instead of allowing these packets to follow their intended route, they are snatched up and sent to our network of Mesh nodes. The Mesh nodes act like relays, forwarding the packets along from node to node along a predetermined route. The Controller module is the brain behind the entire operation. It identifies optimal routes for packets to take, keeps an updated status of our Mesh nodes, and stores data so that it can be accessed by any module in the Overlay. 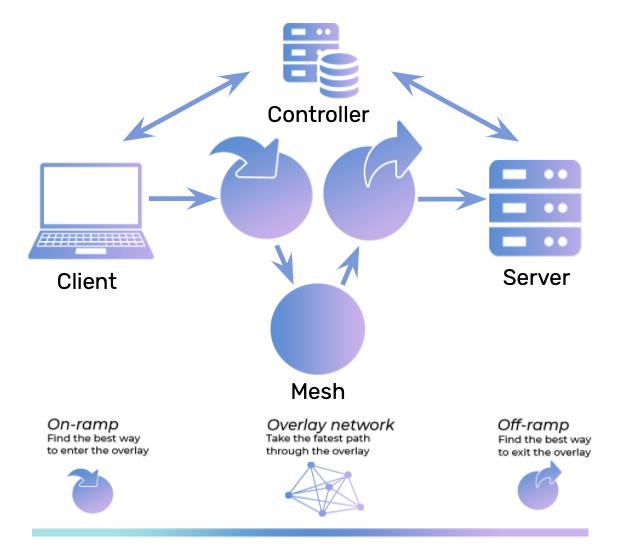 In the end, we created a working prototype of  our Overlay, complete with all four modules. We also created two separate methods to gain access to the Overlay network: A Software Development Kit which developers can add directly into their games, as well as a native desktop application for the gamers.

You live in Los Angeles and you are playing the hot new online game: First Person Shooter III, which has a server located in Dallas. According to Cisco’s projections, here are some of the improvements that you may experience with and without using our Overlay network.

Lower latency, jitter and packet loss mean that gamers have to worry less about connection issues during crucial gameplay moments. All they have to do is make sure they are on top of their game.

Cisco recognizes that this new technology is useful for more than just gaming. Countless other applications and industries could benefit from these improvements in internet speed, connectivity and reliability.

We would like to thank Alon Bernstein and Sangeeta Ramakrishnan of Cisco Systems, as well as our former teammate Jasleen Kaur, instructor Richard Jullig, and teaching assistant Arindam Sarma for all of their unwavering support throughout the entire process.