Classmates had no prior tools for Elasticsearch so for our conversion, we were given csv files with data and built the rest from scratch. We:

Classmates has 207 GB of data on old classmates, 371 MB of data on schools and 287 MB of data on old yearbooks, which is searched over 100k times a day.
After years of using Apache Solr, the engineers at Classmates decided it was time to upgrade their system to Elasticsearch (ES). ES provides distributed queries, better functionality around filtering, and many more features that fit better with Classmates’ system design. Our team was in charge of switching systems. This required moving over the Solr data, comparing Elasticsearch versus its wrapper software: Appsearch, and configuring the final setup. 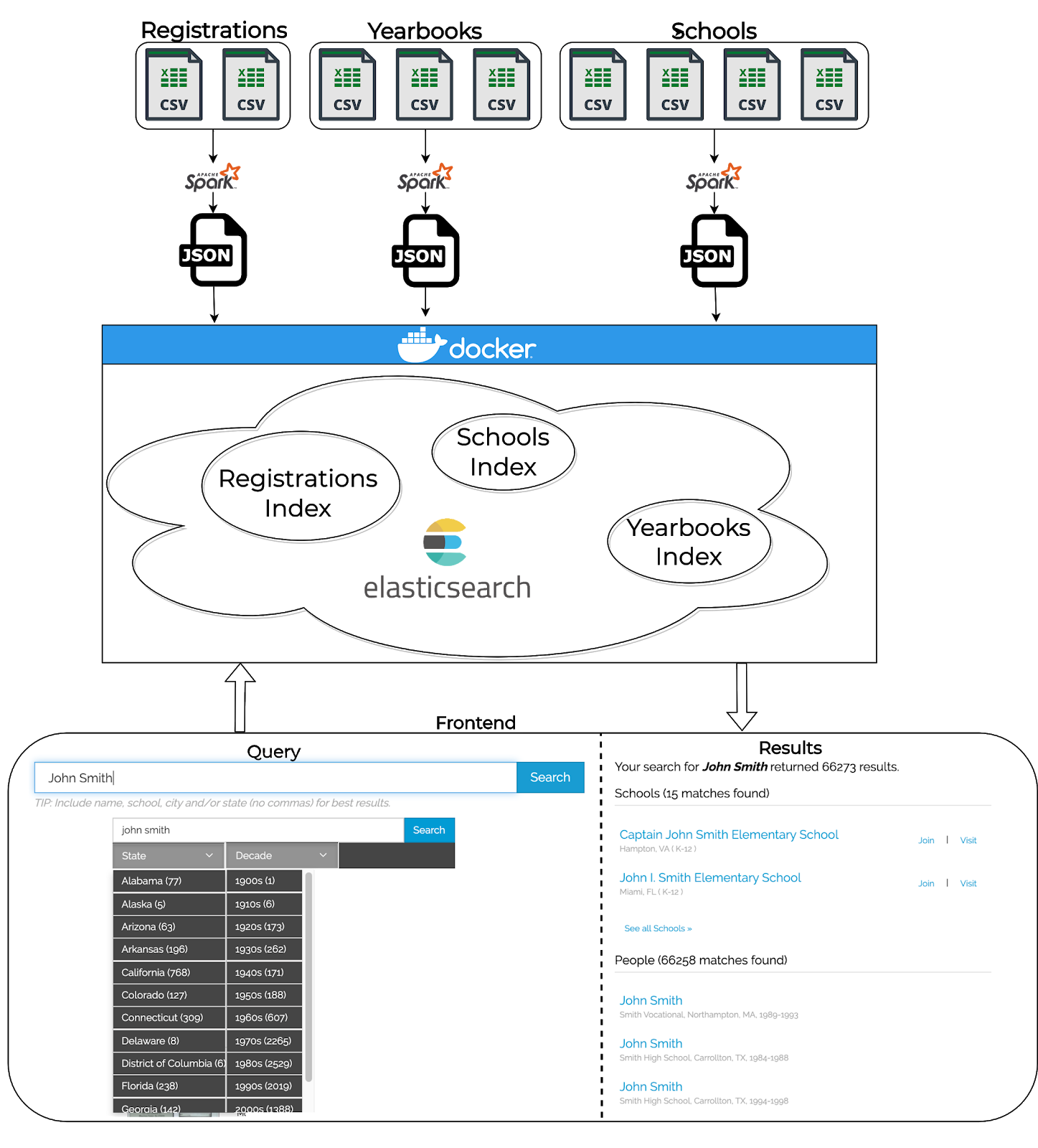 here are two options for Elasticsearch. The one index option is to have schools, registrations, and yearbooks in one big index for searching. The three indices approach is to have an index for each section. In order to choose whether we use one index or three indices, we had eight different sections to evaluate their performance. They are name search, facets, auto-suggest, index size, spell correction, average query response time, development effort and relevance. We wrote our own python scripts to calculate scores for many of the sections.

In most of the data we compared, the three indices approach performed significantly better. Though the relevance score was lower, we found that the actual results were more relevant.

With the tools we’ve created, engineers will be able to seamlessly convert their search engine from an outdated version of Apache Solr to Elasticsearch. Our tools will allow engineers at Classmates to stand up Elasticsearch containers with Docker, as well as port and upload data from their existing Solr data. Our tools will help modernize one of the most vital functions of the Classmates.com website: searching.